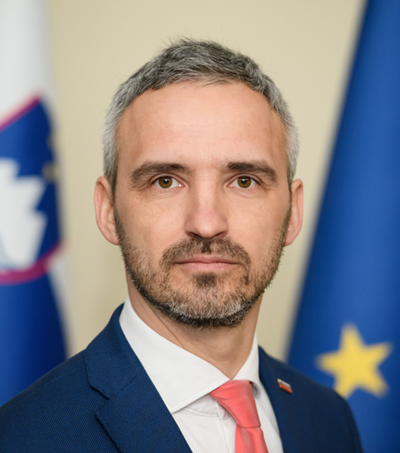 Janez Cigler Kralj was born on December 28, 1978 in Slovenj Gradec. He finished elementary and grammar school in Ravne na Koroškem. After studying at the Faculty of Social Sciences, University of Ljubljana, he earned a Bachelor’s Degree in Political Science, focusing on policy analysis and public administration.

In 2006, he started working as a PR advisor of the NSi Parliamentary Group. In 2008, he went to work for the media network Infonet media d.d. and in 2010, his career continued at the Slovene Human Resources Development and Scholarship Fund where he was employed as a senior PR advisor. Since 2012, he has been working for the NSi Parliamentary Group as a senior policy advisor. He focuses on the topics of work, family, social affairs and people with disabilities.

Since 2015, he leads the Workers’ Association of the NSi (ZD NSi). ZD NSi is a member of two EU-level workers’ organizations: the European Centre for Workers’ Questions (EZA) and the European Union of Christian Democratic Workers (EUCDW). Since 2019, he is a member of the EUCDW board, an important workers’ organization within the EPP. He has also been actively involved in the work of EZA for many years. There, he cooperates closely with representatives of trade unions and employers from Slovenia and across the EU. The main objective of these organizations is to strengthen social dialogue.

Janez Cigler Kralj is married and has four children.