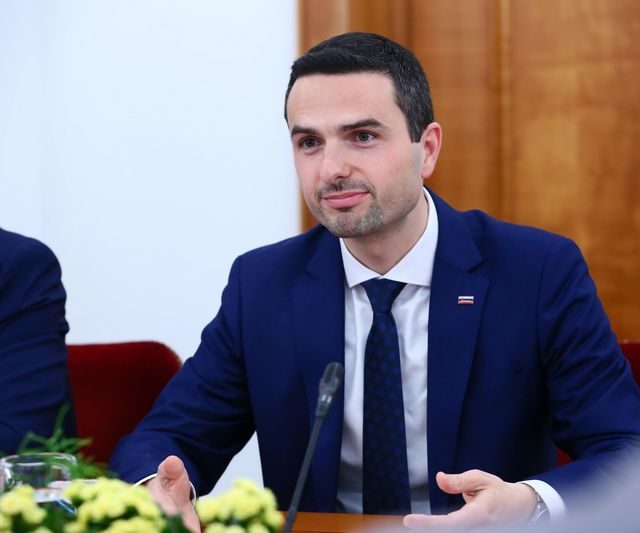 “The field of defence in Slovenia faces a plethora of challenges. I am very well aware, that we have a lot of work to do but little time for it. My priorities will be an effective response to the coronavirus epidemic, stopping negative personnel trends and raising the defence budget, ” the Minister of Defence candidate, Matej Tonin told at the hearing at the Committee on Defence. He added that without people, there is no defence system and improvements cannot be made without adequate resources.

Coming to put out a fire

In his view, the Slovenian Administration for Civil Protection and Disaster Relief is a well-functioning system, certainly one of the best in Europe. “By all measures, I will strive to strengthen this system and make it even better. The defence system, on the other hand, has serious problems. At the time of the last economic crisis, a big portion of austerity measures was imposed on the Slovenian Armed Forces. I have no illusions that in two years I will be able to solve everything that my predecessors did not manage to solve in ten years. I am aware that I’m coming to put out a fire. Only after the fire is extinguished we can start reconstructing the system,” said Matej Tonin.

He pointed out that in recent years we have lost a battalion of soldiers without war. “Due to the additional tasks brought about by the migrant crisis and Coronavirus, personnel needs are increasing, but unfortunately people are leaving Slovenian Armed Forces. My key goal is to reverse negative personnel trends. If we do not reverse these trends, we will no longer have an army,” he pointed out.

He emphasized that he would be focused on improving situation in military. “We will look at how to acquire new people, this system will certainly need to be upgraded. ” he said.

He also promised to address the issue of soldiers older than 45 years. “Many soldiers told me that they served our country honourably, but there is no place in system for them when they turned 45. This should not be happening. We will look at the possibility of a security service organized within the Ministry of Defence,” said the Minister of Defence candidate.

We will not force young people into serving in military

He also spoke about the conscription that has sparked off an intense public debate. “Gradual introduction of conscription means that we will first do everything to strengthen our voluntary military service. However, we will not force young people into serving in military. Voluntary military service for young people should not be a waste of time. The training will be dual-purpose so that young people will gain useful life skills: survival in the wild, basic firefighting, first aid, logistical and IT skills…” the NSi President said.

Completed voluntary military service could thus be an advantage in seeking employment in public administration.

Investments in the military were delayed for too long

Matej Tonin also emphasized that the amount of defence spending and proper investment in defence are crucial for maintaining and strengthening national security that has been persistently underinvested for the last decade. “We are aware that some investments have been delayed for a very long time. In order to upgrade technology and infrastructure, we need to raise defence budget,” he said.

He also stressed that the ministry would set up a mass notification system through public communication networks.