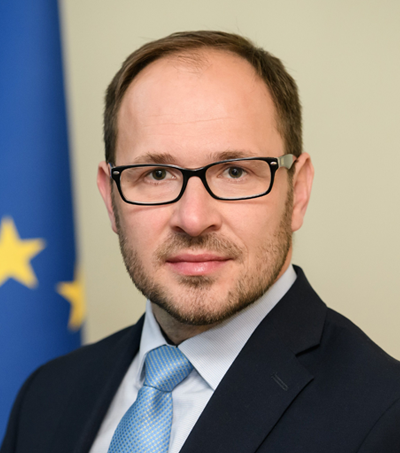 Jernej Vrtovec was born on May 24, 1985 in Postojna. He comes from the village of Čehovini in the Vipava Valley. After finishing high school, he studied Theological Studies at the University of Ljubljana where he graduated in 2013. His political career started in 2003 when he joined the NSi at the local level. He was very active in the youth wing of the NSi, Mlada Slovenija where he was Secretary General before being elected President in 2009. He presided over the party’s youth wing until 2015. Together with his team, he carried out a series of successful activities for the youth and students. From 2009 to 2014, he was a PR advisor of the NSi. In 2014, he was elected Member of the National Assembly and re-elected in 2018.

In early 2019, he initiated the establishment of a parliamentary commission to investigate the operation of the Slovenian Bank’s Claims Management Company. When the commission was set up with a strong support from other Members of the National Assembly, he took over its chairmanship.

In 2016, he wrote a book The Role of Archbishop Šuštar in Slovenian Independence, covering the topic that he explored in his bachelor’s thesis. He is married and has two daughters. His rare free moments are devoted to his family and sport, especially football and running.